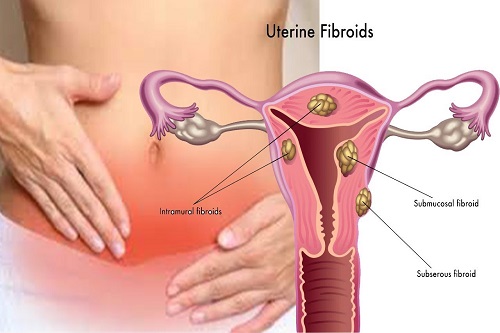 Laparoscopic myomectomy is a myomectomy performed with minimally invasive techniques, using a narrow telescope-like instrument (laparoscope) to see inside the abdomen. The abdomen is first inflated with carbon dioxide gas to create space for operating. Four or five small (1/4 – 1/2 inch) incisions are made in the navel and lower abdomen to allow insertion of both the laparoscope and long, narrow instruments through tubes called “ports”. Using the laparoscope to see, the fibroid is shelled out of the uterus, and the uterine incision is repaired. Laparoscopic myomectomy usually requires one night of hospitalization. Recovery time is approximately 2-3 weeks.

As in any surgery, complications from a myomectomy, such as bleeding, infection, or injury to nearby organs, may occur. There is a 1-8% chance of having to convert from a laparoscopic myomectomy to an abdominal myomectomy. During myomectomy, rarely (in less than 1%) an unplanned hysterectomy may be required, for instance, if the uterus bleeds excessively. Recurrent fibroids may follow up to one-third of myomectomies. Pregnancy is not recommended during the first 3-6 months after surgery.

ovarian cyst and other tumors1

Write us a message